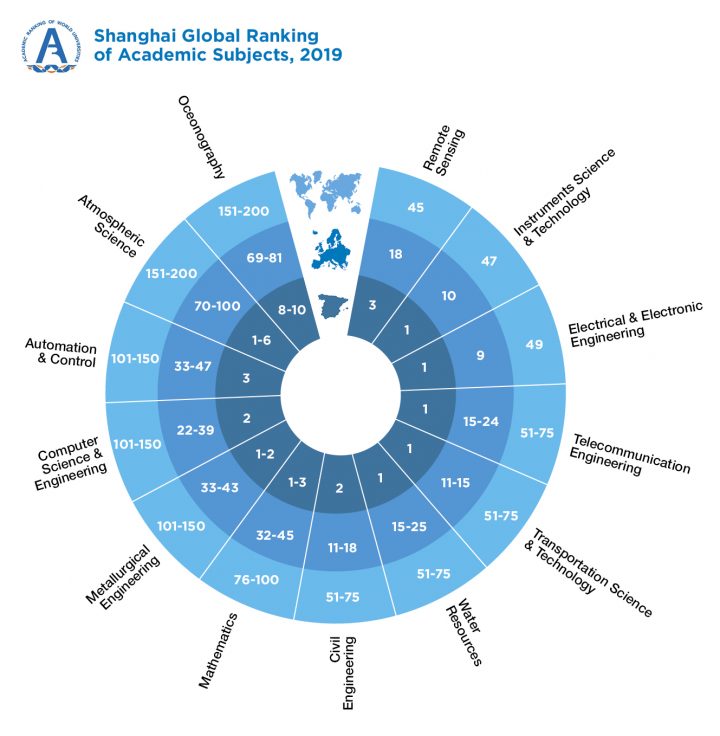 In the latest edition of the Best Global Universities Rankings, the UPC has been ranked among the world’s top 100 universities in the field of Engineering (74th) and in three subjects: Civil Engineering (42nd), Computer Science (53rd) and Electrical and Electronic Engineering (72nd).

The Best Global Universities Rankings, also known as the U.S. News rankings, are published by U.S. News & World Report and powered by Clarivate Analytics. These rankings are based on several indicators that measure universities’ research performance and reputation, and sort them by global rank, field and subject.